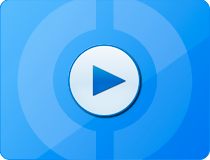 ·•●THE OFFICIAL HISTORY OF THE MESKHETIAN TURK'S.·•●

The Meskhetian Turks are a group of AhiskaTurk's who have historically lived in the Meskheti region (pronounced Massagetae) Ahiska went down in history under the name of the tribe of Saks,Massagets (or Ak-sака) White Saka,White Huns. The ancient Altai,Tibet.

Ahiska located of the Kura-Aras River Basin ,on border of Turkey and Georgia. The results of the invading the land of the Meskhetia (Ak-sака Massagetae) In 330 BC Persians captured this area. Ethnic Turkish populated the area, and in between conquests, it was a province of the Atabegs. In 1828, during the Russo-Turkish Wars of 1877--1878 and 1828-1829, the region was included into the Russian Empire.
As it is well known from the historiography, World War I peace settlement of the Georgian and Armenian claims,the Ahiska Meskhetia had become part of the Georgia. On November 14, 1944 Under the dictatorship of Joseph Stalin, who ruled the Soviet Union the entire Ahiska (Meskhetian) Turks people deported to Central Asia.

That period, during the middle of winter, almost 130,000 men, women and children were loaded into cattle cars and shipped to various locations, thousands of kilometers away. The victims were only allowed to take three days' worth of rations and spent a horrifying two or three months on the road. Thousands died every day and the bodies were simply tossed out of the cars at every railroad station. Many Ahiska Meskhetian Turk's had in fact fought on the front lines of the Soviet war against the German aggressor.Thousands of Ahiska Meskhetian Turk's died on the field of battle, with many becoming war heroes. In 1944, the Ahiska Meskhetian Turk's stood accused of cooperating with the Fascist.

In June 1989,A mob of Uzbeks attacked a Meskhetian Turk in the Fergana, Uzbekistan. In many areas there were small and large scale massacres and violence towards the Meskhetian Turks people. As a consequence of the tragic events,more than 1,500 people have been killed. 3,067 were severely injured, 1,356 Ahiska Meshetin Turks houses were burnt.Tens of thousands of people were forced to flee the unrest.

In 2004, immigration to the United States within the special resettlement programme for the Meskhetians became a major factor affecting the state of Ahiska Meskhetian Turk's in Krasnodar Krai.The programme covered the Ahiska Meskhetian Turk's who lived in Krasnodar Krai without residence registration, allowed them to apply for refugee status and to get a package of social benefits on their resettlement to the U.S.

On April 19, 2010, violence erupted in Mayevka, a village near Bishkek, the minority Ahiska Meskhetian Turk's,have been attacked by Kyrgyz mobs, large-scale arson, looting and violence, claimed at least five lives and left 298 were severely injured.

Ahiska Meskhetian Turk's Communities around the World Today, roughly 450,000 to 500,000 Meskhetian Turk's live in nine different countries: Azerbaijan, Kazakhstan, Kyrgyzstan, the Russian Federation, Turkey, Ukraine, Uzbekistan,Georgia and the United States. Meskhetians want to return to AHISKA, from where, according to their story, they were deported during World War II.